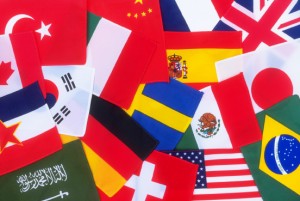 A second corruption scandal is rocking the Fédération Internationale de Football Association (FIFA) governing body, shining a light onto executive leadership and the importance of accountability and transparency.

Here are some ways to prevent issues among your organization’s leadership:

Expect transparency and accountability from all involved in every aspect of the business: from finance to elections or board selection to picking napkins for an annual event. Transparent governance allows all to see the workings of the organization and builds trust inside and out.

One example of an athletic organization holding its people accountable and transparent is the International Olympic Committee (IOC), which had its own bribery scandal in the late 1990’s. However, IOC took steps to hold individuals responsible, disciplined the responsible parties, and put measures in place to prevent another scandal from happening again.

The IOC apologized and accepted blame. It investigated and developed a plan to correct what had allowed the bad behavior to happen. This allowed the IOC to recover and the rebuild its reputation.

Accept the missteps and errors. It does take a strong, principled organization to admit guilt. Admitting guilt supports both accountability and transparency.

This is not the first time FIFA’s accountability and transparency have been called into question. It is well-documented that two FIFA officials were accused of attempting to bribe heads of other soccer associations prior to an election in 2011; 25 FIFA officials were invited to attend an ethics meeting and 18 declined the invite. After an official involved handed in his resignation, FIFA closed the investigation with no accountability or transparency for the actions of others reputed to be involved. A report about the investigation was never fully made public. Many point to FIFA’s close-to-the-vest, tight-lipped culture partly to blame.

Governing boards and leadership committees should be held to the highest standards with clear practices and ethical guidelines. The best board members have passion and a sense of purpose for the organization, not purely self-focused.

Set term limits for the president and board with a clear schedule of terms. This way no one person can hold a seat for too long or exert too much influence on matters. Lay out the rules, by-laws and ethical expectations in clear language with full explanations.

A board governs an organization, the organization should hold accountability for the board. If the board is not held accountable, a closed culture can develop where the board feels they don’t have to report to anyone.

This entry was posted in Uncategorized. Bookmark the permalink.